Tableau’s Personal Access Tokens (PAT) have been around for a while now. These are used as an alternative to your normal login credentials, especially for automation/scripting since they avoid issues with Multi-Factor Authentication (MFA) and password expiration policies.
Last Updated: 2023-01-31 19:00:30

Curator 101: The Ins and Outs of Tableau's PAT 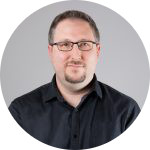 Tableau’s Personal Access Tokens (PAT) have been around for a while now. These are used as an alternative to your normal login credentials, especially for automation/scripting since they avoid issues with Multi-Factor Authentication (MFA) and password expiration policies. In fact, if you’re using Tableau Cloud you’ve probably already had to switch your Curator portal to use them to avoid MFA requirements.

While PATs avoid some issues related to authenticating automated process, there are some key similarities and differences that need to be understood when using them:

Some of the differences discussed above mean they must be handled in a slightly different manner in Curator:

To learn how to generate Personal Access Tokens, visit the following Tableau documentation: 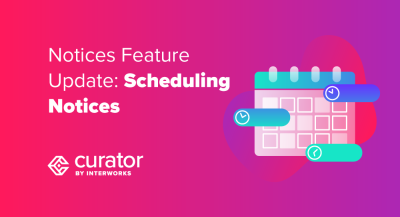 Notices Feature Update: Scheduling Notices 2023-01-27 16:51:50 Gone are the days of manually logging into your Curator backend to turn on/off a notification for your users. With the ability to schedule notices, you now have the freedom to plan critical communications to your users ahead of time and automatically deploy them. 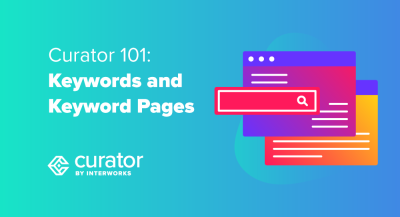 Curator 101: Keywords and Keyword Pages 2022-12-20 21:40:21 Increasing content discoverability is key to driving analytics user adoption. In this article, I’ll discuss how you can use keywords within your Curator portal to cut down the time that your users spend searching, and take your prized analytic content from lost to found. 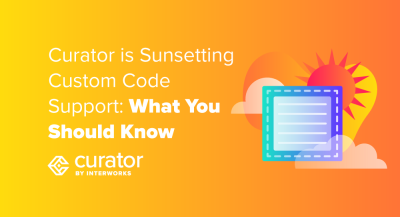 Curator Is Sunsetting Custom Code Support: What You Should Know 2022-12-12 20:12:06 Curator has continued to grow with increased integrations and customization options. You can now style your analytics without needing custom CSS, HTML, PHP or JavaScript. By building native styling tools, we've created a more stable system that anybody can use. We believe strongly that the best, most stable Curator experience is when using our native features in place of custom code. That’s why we’re making the decision to end support for custom code.
Tweet